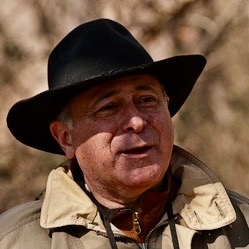 Ron Goodman recently retired as Managing Partner of Foley Hoag LLP, Washington, DC and Co-Chair of its International Litigation and Arbitration Department. He and his wife Rosabel have been enjoying Rappahannock Country since 2001 and finished building their house here in 2011. Ron began his legal career in The Hague and then practiced law in Paris for seven years. In 1995, he set up the first office of an American law firm in Africa, in Johannesberg, where he represented President Nelson Mandela and his government in various projects including project financings, the negotiation of a treaty coordinating three countries in anti-malaria efforts, and the conversion of wetlands to a World Heritage Site (now, the iSimangaliso Wetland Park). Moving to the U.S. in 2001, he practiced law in Washington DC for another 15 years. He has served as Adjunct Professor at American University, been a Board member of CentroNia, a bilingual DC charter school, and is currently a member the Board of the Castleton Festival and of the Youth Orchestra of the Americas. He has his law degree from Columbia University, his PhD from Princeton University, and his BA from Cornell University. He has also studied at the Fondation Nationale des Sciences Politiques.